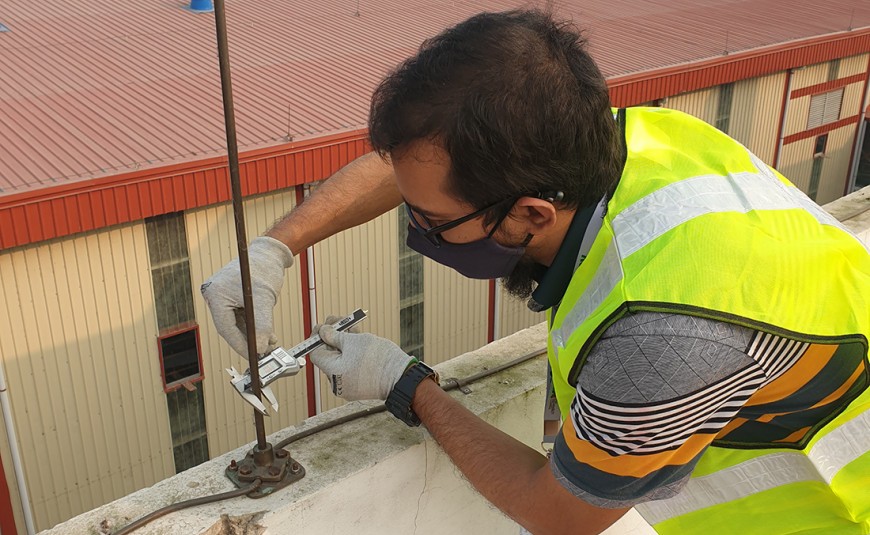 This section represents the total number of inspections the RSC has conducted. The RSC inspection programme consists of Structural, Electrical, Fire & Boiler safety inspections. The RSC carried out 2,900 inspections among the total 48,826 inspections till 31 July 2021.

Following the initial inspections, the factory and the brands are tasked with developing a Corrective Action Plan (CAP), which details timebound remedial actions (based on the severity of the findings) for completion. Follow-up inspections are conducted to monitor the remediation and verify that corrective actions have been completed correctly. Each factory is inspected approximately once every four months.

-> Testing & commissioning verification inspections (T&CVIs) to verify that the installation of the fire detection and protection systems has been completed, as indicated by factories in their CAP. During this inspection, the engineers utilise specific guide sheets to ensure that all components of the system are functioning adequately. In an effort to increase the number of factories that ‘pass’ the T&CVI – meaning that the fire systems are found to be adequately installed to standard and fully functional, the Accord introduced in May 2019 Pre-T&CVI on-site documentation and equipment reviews at factories. The goal of such a pre-T&CVI on-site review is for the engineers to determine whether the factory is ready for a full functional T&CVI.

-> Negative suction non-compliance-related inspections. T&CVIs conducted in early 2018 revealed that approximately a third of covered factories had installed the pump of the fire protection/hydrant/ sprinkler systems using negative suction, which is non-compliant with the RSC inspection standard (NFPA). RSC engineers have since conducted visits at the covered factories to identify solutions to resolve the negative suction situation, such as installing a vertical turbine fire pump or changing the position of the water reservoir vis a vis the fire pump.

The safety remediation is no longer monitored at factories in the following cases:

The engineering, training and complaints-handling teams often work together to ensure that factory owners complete the remediation and that newly found safety hazards are fixed under the supervision of the factory Safety Committee.

In light of the COVID-19 pandemic, the on-site safety inspections were suspended between March – September 2020. The RSC resumed inspections in September 2020. To prevent the spread of the COVID-19 virus among its staff and at the inspected factories, the RSC has implemented several changes to the usual inspection procedures, including direct transport of the engineers to and from the factories, and the provision of personal protective equipment (PPE).

Given the large number of factories requiring inspections, the RSC is prioritising inspections to verify the remediation progress at the factories meeting the following criteria:

Based on the above, the Inspection Priority Category Table is established

Inspections are scheduled at the covered factories meeting these criteria only if the factories have provided adequate documentary and pictorial evidence that adequate safety measures to contain the spread of the COVID-19 virus are in place and maintained at the factory.